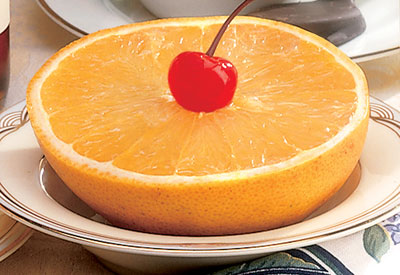 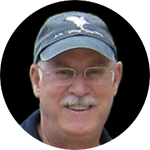 "We work hard to select only the finest fruit and deliver it in excellent condition. I Unconditionally Guarantee you and yours will enjoy our fresh Florida citrus."
Rick Del Greco Owner, Florida Fruit Shippers

Florida Seedless Marsh White Grapefruit are available November through April. "Make it Deluxe" option not available to Arizona, California, Louisiana and Texas due to USDA regulations.

Known to be high in Vitamin C, grapefruit, including Florida seedless Marsh White Grapefruit, also contain many other vitamins and minerals thought to help lower blood pressure and cholesterol, fight anemia, help prevent cancer and provide other health benefits. Grapefruit may interact with some drugs, including statins like Lipitor and Simvastatin. It is recommended that you consult your doctor if you are concerned about the interaction between Florida seedless Marsh White Grapefruit and your medications. The Department of Food Science and Human Nutrition at the University of Florida's Florida Cooperative Extension Service, Institute of Food and Agricultural Sciences has information and a list of medications by type and brand name noting the likelihood of interaction with grapefruit.

The first known reference to grapefruit was made by Rev. Griffith Hughes, who wrote of the "forbidden fruit" of Barbados. This white grapefruit is now thought to be a spontaneous hybrid of the pummelo and sweet orange. Count Philippe Odette first introduced the white grapefruit to the US through Safety Harbor, Florida in 1823. Groves were soon planted in Lakeland and real commercial production began in 1885 with shipments of white grapefruit to New York and Philadelphia.

In 1860 the fruit on one of three trees on the property of a Mrs. Rushing, near Lakeland, was found to be seedless. C. M. Marsh took budwood from this tree for propagation and, in time, the seedless Florida Marsh White Grapefruit became the most widely planted variety.

Most seedless grapefruit, including the Florida Ruby Red Grapefruit, have developed from the Marsh White Grapefruit. While grapefruit is grown in Europe, Japan, Arizona, Texas and California, Florida is the world leader and accounts for more than half of all grapefruit grown in the world.